Science should be cold, objective, factual, devoid of all emotion. And it indeed is. But between science, cold facts and numbers and us stands our brains. It is neither cold, nor objective, nor devoid of emotion. And this brain is a problem. I will show you how reactions to cold scientific facts can be very easily and simply manipulated. The point is in the interpretation.

I will take the real case, the emission of sulfur dioxide from the chimney of the Plomin thermal power plant in Istria and its dispersion over a period of almost one month. More precisely, the period is from April 12 to May 10, 2022, with one part of the meteorological data being historical and one forecasting. In total, it is about 697 modelled hours.

I received data of the chimney dimensions and emissions from HEP. For meteorological data I used the meteorological numerical meso model WRF V4.2.2, Weather Research and Forecast Model, the latest generation model, Americans would say state-of-the-art of numerical modelling. Its most famous user is the American National Oceanic and Atmospheric Agency NOAA. The resolution of the domain is 4.6 kilometers, measuring some 550x550 km and covers the area of ​​Slovenia, Croatia and Bosnia and Herzegovina.

I obtained the maximum concentrations of sulfur dioxide using the dispersive model CALPUFF V6.42. CALPUFF, California Puff Model was developed by Exponent and is on the official list of validated dispersive models of the US Environmental Protection Agency EPA.

For data visualization and manipulation, I used the georeferenced graphics service QGIS V3.22.6.

I presented the same result in three different ways. I just played around with the colours a bit. That this is one and the same case is clear from the legend in each picture.

In this interpretation, I darkened the colour palette. I deliberately took brown tones because they are the most depressing, more depressing than the anthracite shades I have also tried. From this picture one could easily conclude that life in Istria would soon become extinct. 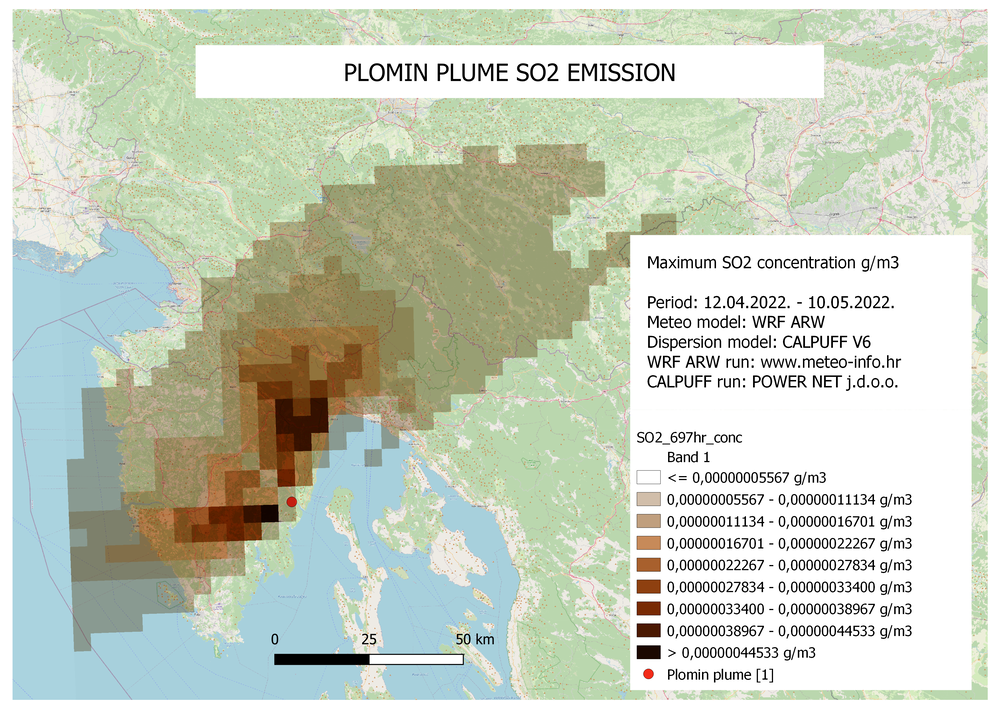 Here I took less depressing and lighter shades of brown with increased transparency. If you used this variant, many would probably not look back on it. 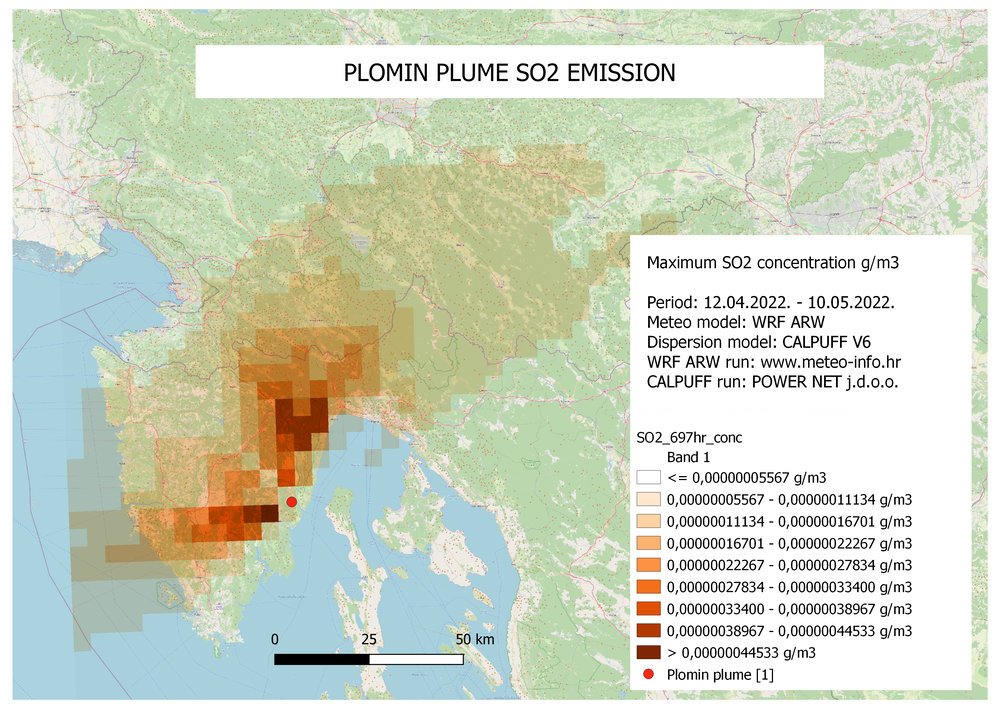 I was thinking what colour to take for the optimistic version of the interpretation and somehow pink came on. So who wouldn't move to the vicinity of the Plomin chimney?!?!? 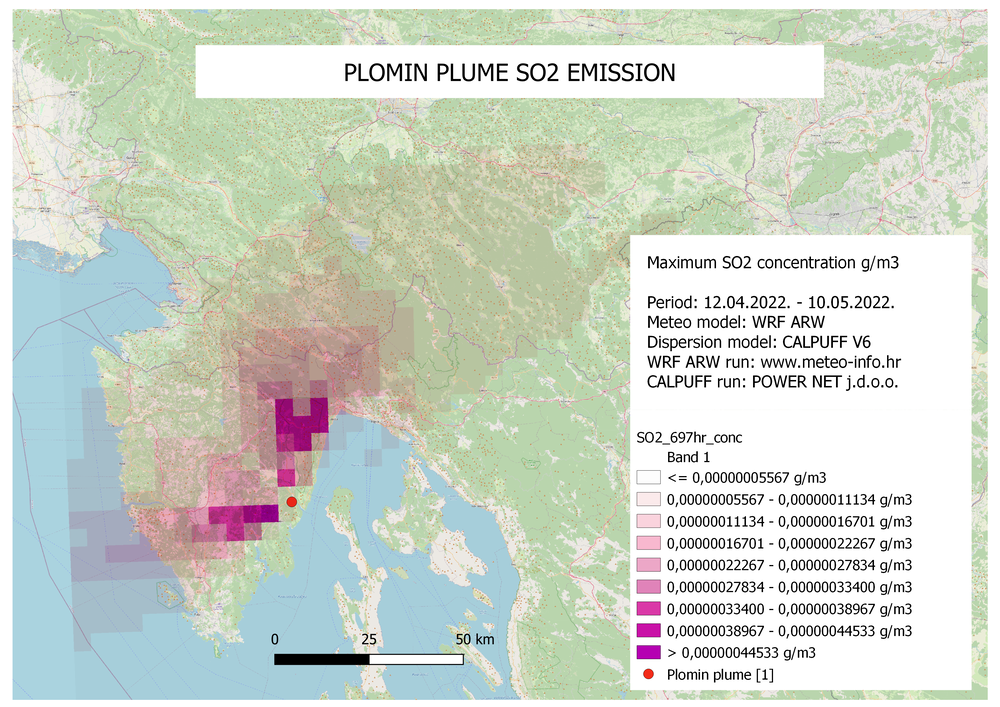 Finally, please look carefully at the values ​​of sulfur dioxide concentrations! The unit of measurement is grams per cubic meter! The concentrations are so low that the question is whether we could register it with any instrument at all?

Why would anyone even use a manipulative interpretation of something that is a fact? You can easily check the facts, the numbers, and either confirm or deny them. The numbers are relentless. But the interpretations are manipulative! Changing the colour, displaying only one part of the time series of data on the chart… all this will help to achieve a goal.

So when you read an article, watch a presentation of some data, take care of who is doing it, whether there are any hidden intentions, goals, how he presents them to you. Read between the lines, try to conclude what is outside the box. Are the colours suggestive? On what way they are? Are the values ​​of the presented variables common, but with intent to be presented in a different light?